The A.G. Spalding & Brothers Co. was founded in 1876 when Albert Spalding was a pitcher and the manager of a baseball team in Chicago, the Chicago White Stockings. The company standardized early baseballs and developed the modern baseball bat with the bulge at its apex.

Spalding’s League Ball having stood the severe test of the National League for the last 15 years, as well as most of the other prominent associations. gives it a reputation and sale unequalled by an other Ball on the market. It is made of the very best material. in accordance with the latest. league requirements, and with every League Ball sold is given a guarantee that it will stand a full game without ripping or losing its shape. Beware of cheap imitations; no League Ball is genuine without our trade mark on each. Box and Ball.

Each Ball wrapped in tin foil and put up in a separate bnx as represented in the above illustration, and scaled in accordance with the latest League regulations. $18.75 per dozen
Copy from 1891 Hibbard, Spencer Bartlett & Co. Catalog No. 4. 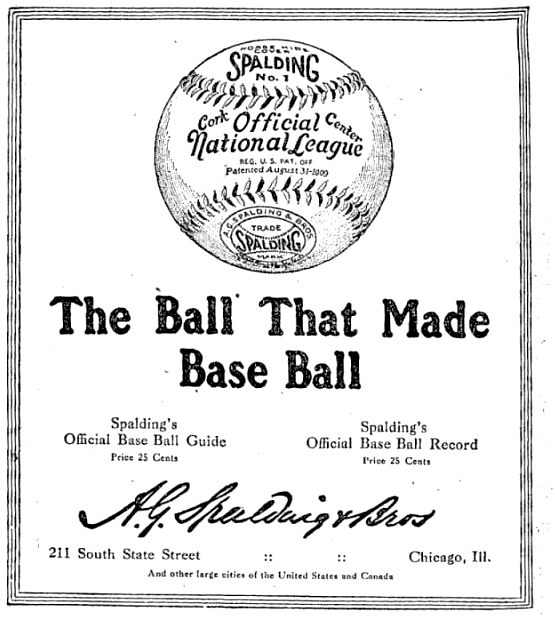 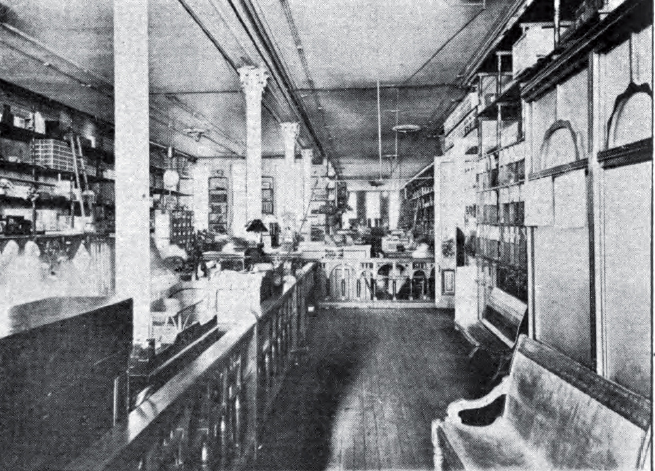 A. G. SPALDING & BROTHERS.
THE SPORTING HEADQUARTERS.
No man has done so much to encourage and stimulate out-door sports in Chicago and the West as Mr. A. G. Spalding, the President and Manager of the Chicago Base Ball Club. To him that club owes its organization and success, and he is the patron saint of the base ball fraternity in the West. To him more than to any other man Chicago owes the reputation of its club and the honor of the championship it has carried for so many years. After retiring from the diamond Mr. Spalding opened a store for the sale of baseball supplies and other sporting goods, and his emporium at No. 103 Madison street is now the rendezvous and headquarters of the sportsmen of Chicago and the Northwest

Here is sold at wholesale or retail every appliance or essential known to the sporting world. Here can be found the largest stock of guns in the West, at the lowest prices, and every article that goes to make up the outfit of a well-equipped huntsman or fisherman. The wheelman can find the most complete stock of bicycles and tricycles, and those who cultivate “the poetry of motion” will be charmed by the assortment of skates for parlor, rink, or pond. In base ball goods the Spaldings are the leaders and recognized authority from Maine to California, and they provide the necesaries for every other sort of out-door game or sport.

For business men, clerks, and others whose occupations prevent them from securing a proper amount of healthful exercise they provide “the Home Gymnasium,” which can be set up in a parlor, a library, a bed-room, or an office. Sleds and printing presses, magic lanterns, toy telephones and steam engines, dog collars, whips and blankets, carving-knives, penknives and scissors, dumb-bells and Indian clubs, fencing sticks, boxing gloves, and every invention for the health, pleasure, and profit of mankind can be had at the lowest prices.