History of Federal League One Battle After Another

CHICAGO men, Chicago capital, and two of tihe most popular ball players that ever wore Chicago uniforms made the Federal league. (Coal baron) Jim Gilmore and Charley Weeghman really were responsible for the growth of the independent organization to a league of major pretensions. Joe Tinker and Mordecai Brown, mainstays of Frank Chance’s famous old Cub machine, were the first real stars to leap to the outlaws, and their example more than anything else gave other ball players courage enough to cast their lot with the invaders.

Gilmore broke into the Federal league in the midst of its first season, during 1913. That year the circuit was formed by John T. Powers of Chicago, a perennial baseball promoter. In everything but the size of its cities the league deserved ranking of about class D as a minor circuit. Six clubs composed the original league—Chicago, St. Louis, Pittsburgh, Cleveland, Indianapolis, and Covington, Ky. 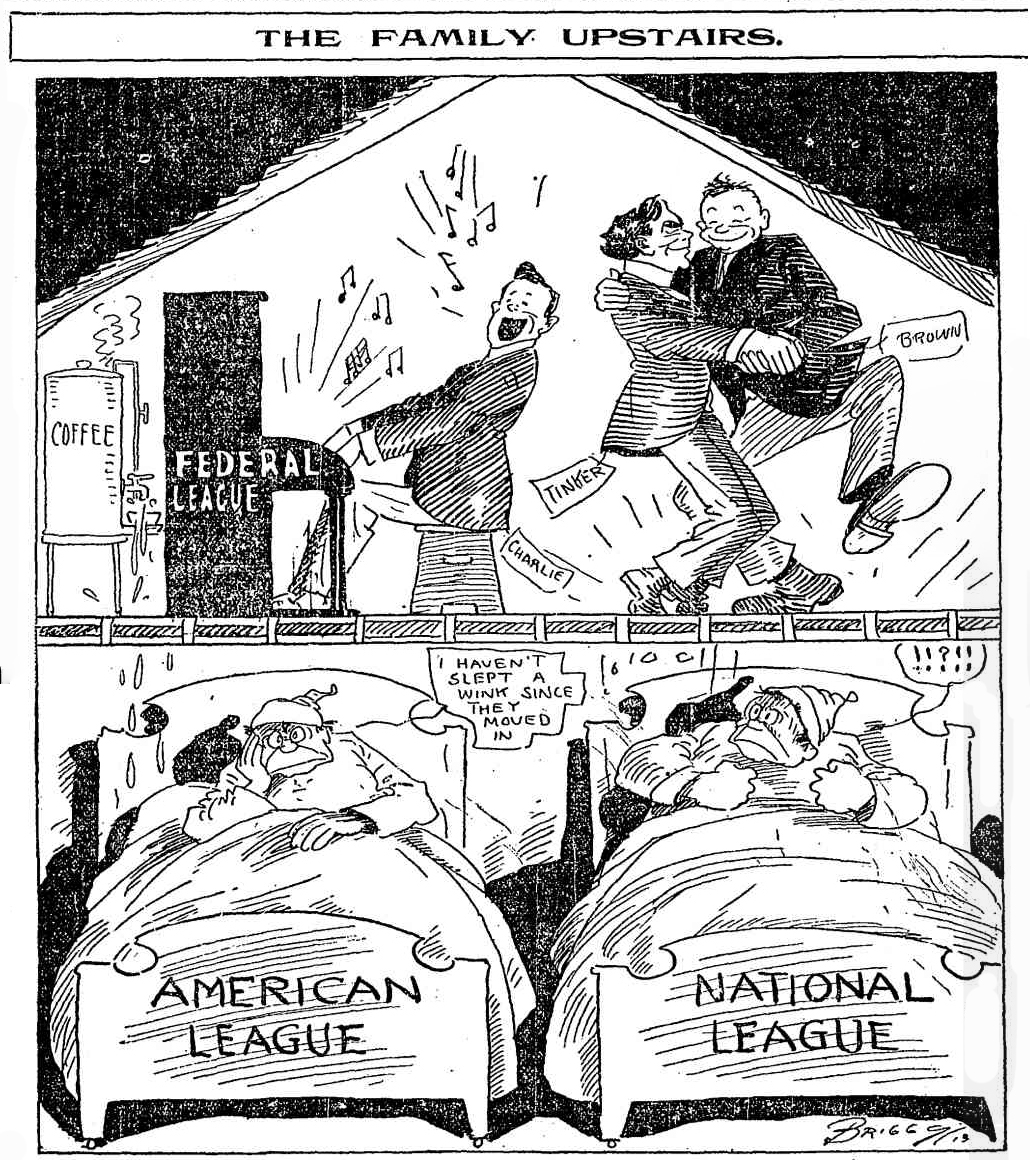 Gilmore Ousts Powers.
Early in its career the local club ran into financial storm and succeeded in interesting Gilmore. He raIsed enough coin to pull through the season, after first ousting Powers and having himself appointed temporary president of the association. Before the season ended the Covington team was transferred to Kansas City and the six which wound up the 1913 campaign furnished the nucleus for the real Federal league which waged war against organized baseball for two years.

Dec, 27, 1913. Is the Fourth of July in time history of the baseball war. Glimore called a league meeting at the Chtcago Athletic association on that day and here are some of the things that happened:

Joe Tinker signed as manager of the Chicago club. 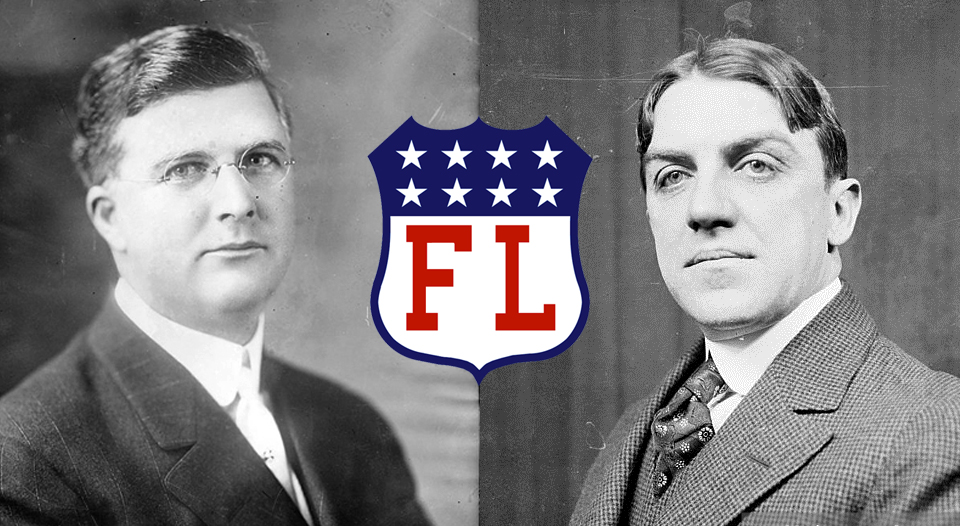 Williams Jumps to Whales.
Bewildering developments followed the first big coup of the outlaws. Within a month Weeghman had secured Charley Williaams, for years connected with tile Cubs, as his secretary. From all over the country came reports of big stars signing with the Independents. Most of these stories failed to develop, but they kept tho invaders In the limelight.

Gllmore and Weeghman raised large wads of cash among their friends at the Chicago Athletic association. Ed Gwinner, reputed to be a millionaire, had taken the Pittsburgh club. and Otto Stifel and Phil Ball, both plutocrats, agreed to back the venture in St. Louis. Toronto could not meet the financial considerations insisted upon and its failure gave thoe Federal league its real “angel”—Robert B. Ward, now dead. That gave the league the four cities which carried the brunt of the disastrous war.

Ward Enteis the Game.
It was Gilmore that induced Ward to get into baseball. He approached the baking king, who was known to be a hardened baseball fan, and after his first proposition Ward replied:

I’ll come in if I can get as much advertising out of It as Weeghman of Chicago Is getting.

Gilmore convinced Ward that advertising was forced upon baseball magnates, and Ward went in, hook, line, and sinker.

Training time came around, and all the Fed clubs started south with quorums which included a few real stars. Here in Chicago Weeghman and his leased a big plot of land up north (Clark and Addison) and their park grew up almost overnight. It was built in six weeks, and stands a monument to the nerve and energy of Weeghman. In Brooklyn the Ward interests duplicated the feat, and the league started the season on April 13, 1914, with eight clubs, eight towns, and eight parks.

Because they were a novelty the Feds drew big crowds at the start. But as the season advanced and the Boston Braves saved the National league and, incidentally, the American league by their remarkable spurt, fans lost interest in the third circuit. The Fed season ended with a series between Chicago and Indianapolis, on which the pennant hinged. 3ut only minor league crowds turned out to see the climax in which Indianapolis won the flag. Undoubtedly all the outlaw clubs lost heavily in their first season.

Sinclair Becomes Interested.
More sinews of war in the shape of cash, came to the aid of the outlaws in the winter of 1914-15. Harry Sinclair, Oklahoma oil millionaire, was sold a franchise which he transferred to Newark. The Kansas City club was turned ever to him first, because the club owed the league considerable money advanced to pay players; salaries in 1914. But Kansas City started a court fight and retained its club, and a compromise finally was effected by Sinclair got the Indianapolis champions.

At this time the Feds threw their biggest bomb into the ranks of organized baseball by filing a “trust” suit in which they charged O. B. was all that the opposing lawyers used to call thle Standard Oil company. That suit was heard before Judge Kenesaw M. Landis in the federal court here, and dragged for nearly a week. Judge Landis deferred his decision and never did hand down an opinion. The withdrawal of the suit was one of the factors in the final settlement of the baseball war. Practically all the previous suits filed in the cases of players who Jumped to the Feds from O. B. hinged upon Judge Landis’ ruling.

Peace Talk in 1914.
Peace talk had started even before the 1914 season ended. During that fall Weeghmran and his backers attempted to purchase the Cubs from Charles P. Taft. but are said to have falled because Taft listened to the advice of Charles W. Murphy. whose strategy he had made a fortune In baseball.

Adverse weather, the revival of the White Sox here, the surprising showing of Philadelphia and Brooklyn, in the National league, and a general depression in baseball all combined to make their second season a costly venture for the outlaws.

Joe Tinker won the 1915 Federal flag for Weeghman in a finish that never can be eclipsed. The race was decided by a double header with Pittsburgh at Weeghman park on the last day of the season. Tinker won the pennant by taking one of the two games. A crowd announced at 34,212 saw the climax. Many thought the Federal league had arrived at last, but those who knew the financial situation in the circuit knew better.

With nearly every ball club in the country losing money, there were repeated overtures for peace during 1915. Matters had reached almost a compromise basis months ago, but the hostility of Ban Johnson chiefly and the American league in a lesser degree delayed the truce.

Threaten to Invade New York.
What Is now believed to have been the Federal league’s last bluff. and a bluff that probably hastened the end of the war, was the threat to build a park in New York and install a club there next season. Sinclair. Gwinner, and Ball actually secured an option on an ideal location on Manhattan Island. Only a few weeks ago Sinclair visited Chicago and kept the sport pages flooded wvith warlike conversation which no one who knew the inside of the situation believed for a moment. R. B. Ward died last October, and his heirs decided they had lost enough money in baseball. To start next season the league would have had to find a new “angel” for the Brooklyn club..

Brooklyn Magnates Are Silent.
Somebody in the east, who has had experience in baseball wars, apparently has wised up the McKeevers of Brooklyn, as threats of immediate court proceedings emanating from Greater New York, were considerably modified yesterday. Left to their own devices the new backers of the Brooklyn club probably would have played directly into the hands of the Federal league by going to court at once in an attempt to test the reserve clause in National League contracts. In that way a decision might be arrived at before the opening of the season, and, if adverse it would leave the players free to perform on the diamond. By withholding proceedings, after the season is on, the Brooklyn club can cause more trouble than by getting busy now.

Miller Huggins, manager of the St. Louis Cardinals, was in town on his way to Minneapolis and spent the afternoon in conference with President Murphy and Manager Evers of the Cubs. While various trades of players were discussed behind closed doors, nothing came of the conversation. Manager Hendricks of the Indianapolis club hunted up Huggins and inaugurated a deal for the purchase of outfielder Steve Evans of the Cardinals. 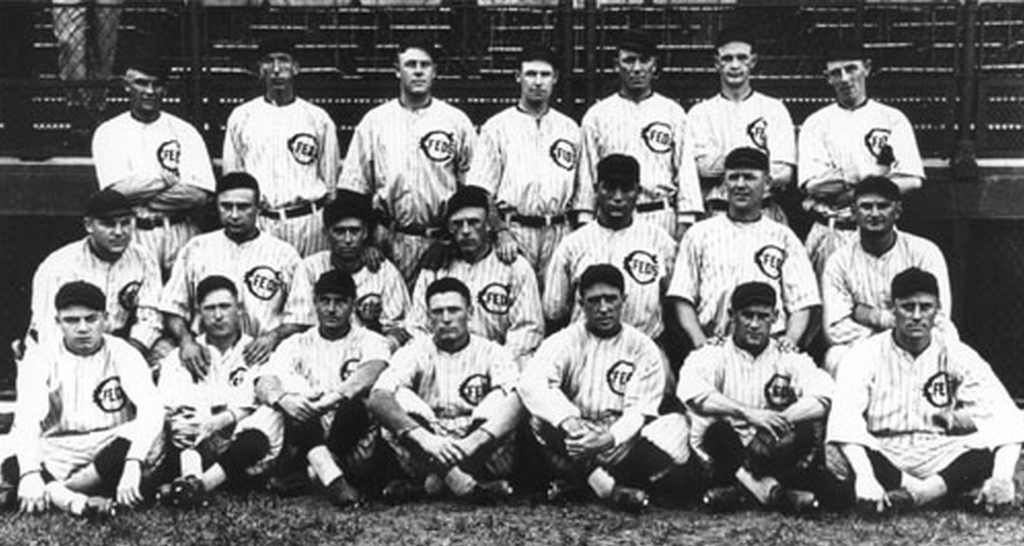 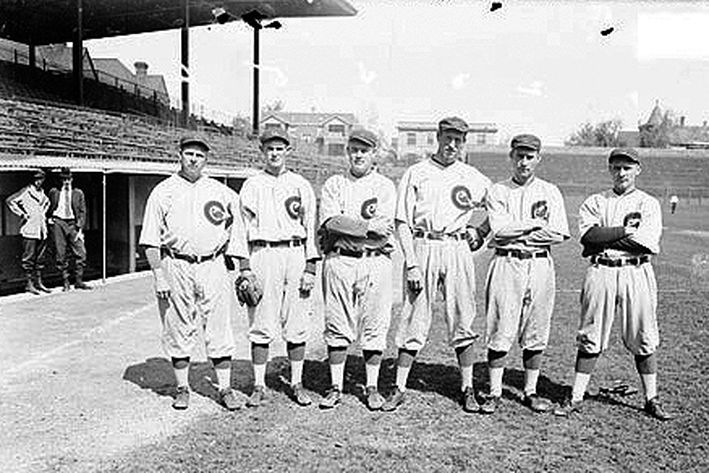 Cincinnati, 0., Dec. 22.-[Special.] -Points in the peace agreement as handed out by Chairman Herrmann of the national commission are as follows: 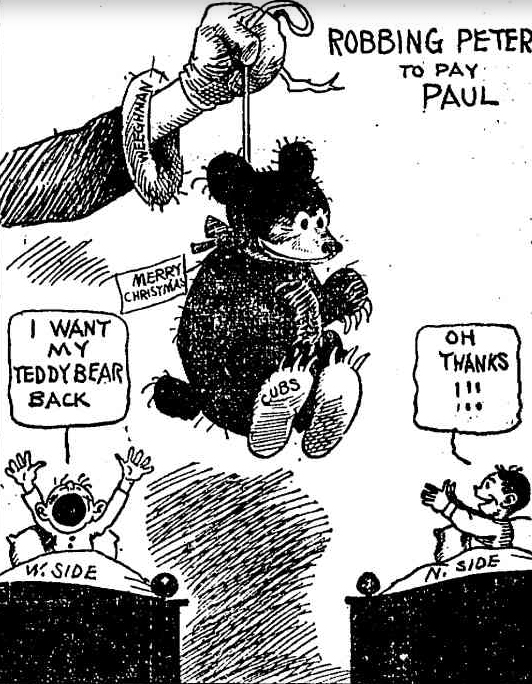 1—All players of the Federal league are eligible to play in organized ball.

3—Phil Ball and his associates in the St. Louis Federal club to have the St. Louis Americans; this property also to be bought from the present owners.

4—Each Federal league to be responsible for the players it has under contract and to have the right, to dispose of such players to any club in organized baseball.

5—The Federal league as a whole to be responsible for the players under contract to the Kansas City and Buffalo clubs, each franchise having been forfeited. The league will have the power to sell: the players of. those two clubs.

6—All lawsuits now pending in the courts are to be withdrawn. This includes about a dozen cases of injunctions against players, and these players are to belong to the clubs deprived of them because of the injunctions.

7—Players of the Federal league whose contracts have expired are free to sign where they wish.

8—That part of the peace agreement pertaining to the International league to be left to a committee consisting of the National commission. President Gilmore of the Federal league, President Barrow of the International league, one representative of the Baltimore Federal league club, and one representative of the Buffalo Feds. This committee to meet in Cincinnati on Jan. 4 with absolute power to make a final decision.

9—Any further transferring of clubs to be individual affairs, not subject to peace agreement.