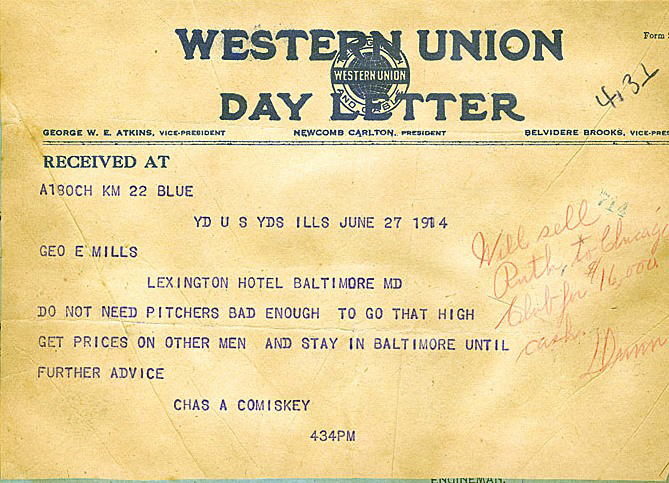 it was known that both the Philadelphia Athletics and Cincinnati Reds passed on purchasing Babe Ruth from the Orioles just before he was sold, along with Ernie Shore and Ben Egan, to the Red Sox for $25,000 on 9 July 1914.

Connie Mack was offered the same three players at a price of $10,000 two days earlier but balked at the price. The Reds also passed on Ruth, purchasing George Twombly and Claud Derrick instead, who, interestingly, were two of the players George Mills recommended to Comiskey. 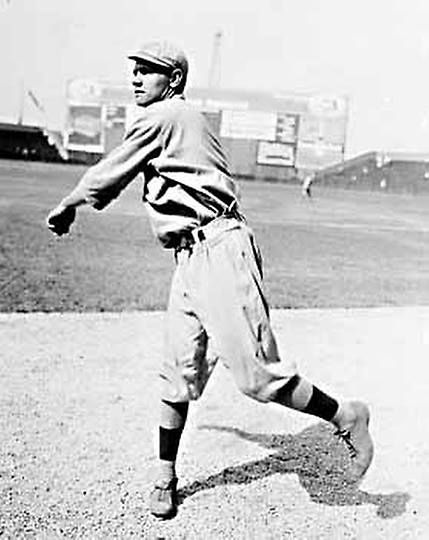