Two years always stand out in memory whenever I happen to get into one of those : “Don’t you remember” sessions which last all night if old-timers get together. One in 1908, the most dramatic and sensational in baseball history, and the other 1919, the year of the Black Sox scandal.

There has been so much discussion of that scandal, and so much criticism of baseball officials and club owners for not investigating and exploding the plot, and so many wrong tales told, that I recall vividly almost every incident.

Many persons have asked me, “Why didn’t someone do something when so many persons knew something crooked was coming off?” The plain answer is that they did not believe a fixed series was a possibility.

I was working for a syndicate then and was to meet the boss and some of the others—including Christy Mathewson—in Cincinnati the day before the series was to start. Knew all the White Sox and the majority of the Reds and most of them were my friends, and the idea that anything crooked was being planned never entered my head. Early in the morning before the series started, I met Joe Jackson, the Detroit sporting writer, and we went to a speak-easy to get an eye-opener. The place was half a block from the Sinton, where we were stopping. In the bar, we encountered a Chicago gambler. I knew him by sight, and he knew me. After a time, I introduced him to Joe Jackson. He looked surprised, thinking the grizzled old reporter was the ball player. He drew me aside and asked if I had talked to Joe about the “fix”—and asked me to learn from Joe whether it was to be Cincinnati in straight victories. Thinking him a crank, Joe and I started kidding him and told him Cincinnati was to win five straight games.

Many Rumors Floating Around.
We laughed over the idea, neither thinking of it seriously. An hour or so later the boys from New York came in, and with them odd rumors. They had the tip that the series was fixed. The tip came straight from Arnold Rothstein, who had told friends that he had been approached, but refused to finance the crooks, but that it was safe to bet someone had.

All day, the rumors increased in strength. I called one of the White Sox, who was my friend, and went over the rumors with him. He denied that anything was doing and scoffs at the whole story. I asked him to keep his ears open and see what was going on, if anything, and he promised t do so. And all the time he was one of the principals in the plot. About noon, I was going across to the telegraph office and met Bill Burns. I had known and liked that odd, interesting character when he was pitching for Chicago. I did not mention the stories but we talked for a few minutes about the series nd he said” “Get wise and get yourself some money.” It was not what Bill said, but the way he said it that startled me.

That evening, a crowd of us went to a road house in Kentucky and had a party, at which talk of the series being fixed was free—too free. I came away and reached the hotel, where I was rooming with Matty. We were sitting up in bed talking over the situation. I was telling Matty all about the rumors I have heard, and of the odd actions of some of the boys, when he suddenly exploded out of his usual calm and said:

Damn them, (meaning the club owners), they have it coming to them. I caught two crooks and they whitewashed them.

We were still talking at 3 in the morning when Pat Moran, wild with anger, broke into the room, charging me with taking one of his pitchers out and trying to get him drunk. I had not seen the pitcher, and was mad. Pat was madder, until Matty cut in and assured him that I had not been with any of the Cincinnati players. As a matter of fact, Pat was right about the player—but he had the wrong reporter.

The following morning, early, I talked with two big-shot Chicago gamblers, who told me flat-footedly that the series was fixed for Cincinnati to win. 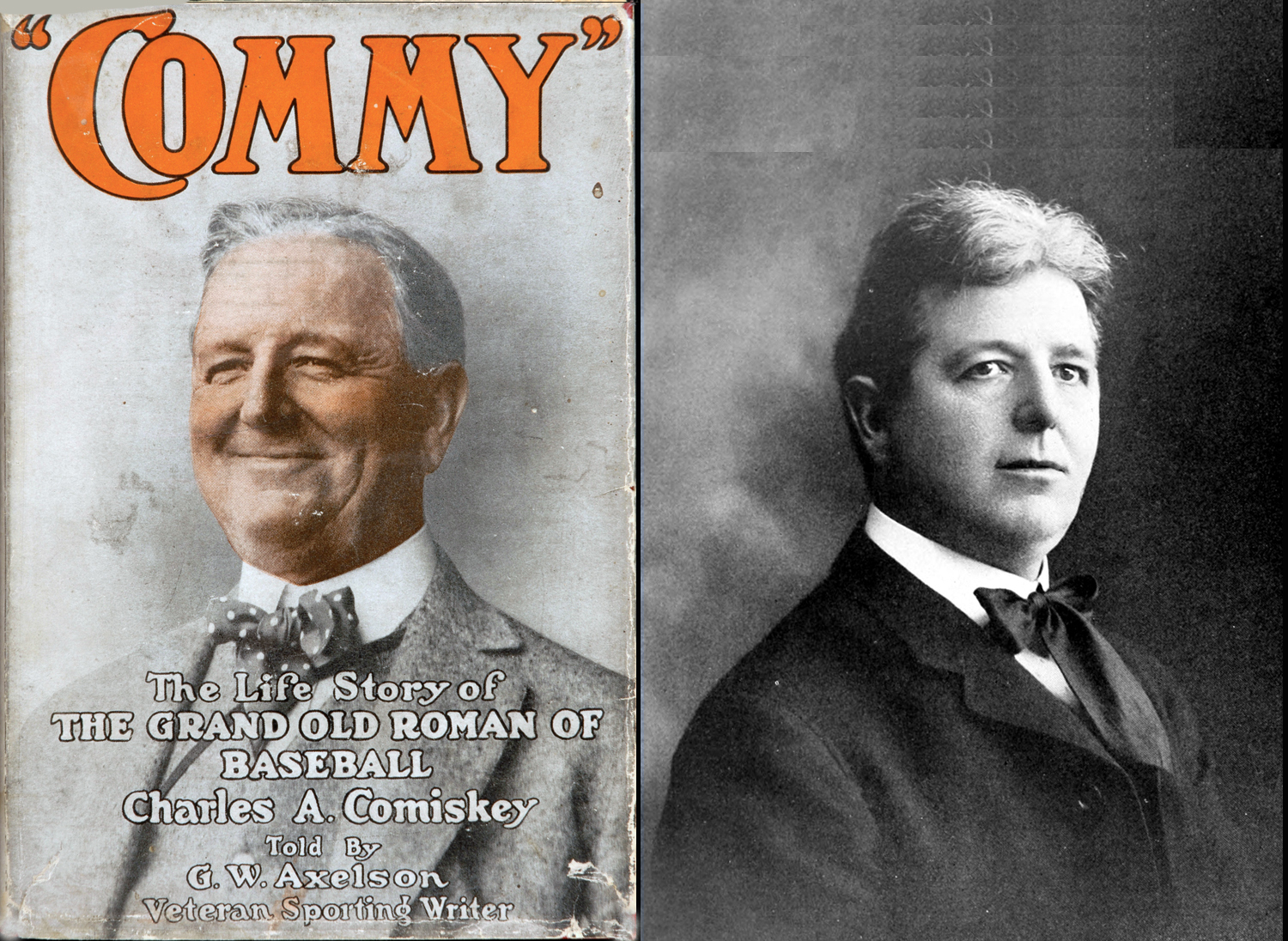 Comiskey and Johnson in Feud
I was much upset and went to Comiskey to urge him to take some action. He already had heard about it. He was furious, because, he charged, Johnson would do nothing. I urged him to forget his feud with the league president, and to call on him to act. He refused angrily.

I then went to Johnson. I think Johnson already had heard the rumors. I put it to him straight that the evidence indicated a crooked series. He scoffed and said it was just Comiskey squealing. Unable to make any progress, I cornered Barney Dreyfuss, and demanded of him, that he, in the interests of the sport, act so as to force Johnson to make some move. Barney was enraged that anyone should accuse players of framing a series. I lost my temper and raised Cain with him and with the entire baseball set-up, calling them a bunch of whitewashing bastards who were letting a bunch of crooks get away with it because they were afraid of losing money.

I told him that five of the White Sox were in the plot—and named the five—I told him a lot of things as facts which I couldn’t prove, and he only got madder and more indignant. I think, however, that our angry interview scared Barney, for he went to Comiskey—or Comiskey sent for him.

Before the game was over I was morally certain that the rumors were based on truth. That evening, while I was writing, Ray Schalk came into the room. The grand little man was in a high state of excitement and he declared loudly that the pitcher had crossed him in signals, at least eight times in that game, and that Cincinnati’s victory came off pitched balls thrown exactly opposite to his signals. “Little man,” I said, “keep your mouth shut, or go to Comiskey and Gleason. If you make charges against anyone you’ll be the goat—you can’t prove them, and it would ruin you,”

The night before the series started I sent out a short message marked “black face precede to story” warning the fans that something queer was coming off, and to refuse to wager on the games or series. To show the faith of people in the honesty of baseball, only two newspapers out of 40 would print that precede, cautiously as worded.

When the series finally ended, I feared that my branding of the games as fixed might have wrecked a life friendship with Charles Comiskey. I sought Commy and found him, a broken and bitter man, in a small place near his park. We talked and suddenly he struck the table with clenched fist and said:

Keep after them, Hughie; they were crooked. Some day you and I will prove it.

It took almost a year to do it, but little by little, the evidence piled in, and proof accumulated. Then came the confessions and the clearing up of baseball’s worst blight.

But today, more than 15 years later, the full story never has been told and never will be, because Johnson, Comiskey, Herrmann, and Alf Austrian, the only ones who knew it all, are dead.