Back to Leopold & Loeb

Nathan Leopold and Richard Loeb (a son of a Sears Vice President) were geniuses. Mr. Loeb graduated from the University of Michigan in 1923 at the age of 18—the youngest graduate the school had ever had. They felt that their combined high intelligence could commit the Perfect Murder. For seven months they worked out a plan. Bobby Franks, a 14 year old boy was their chosen victim. Bobby’s father was a millionaire who also happened to be a distant cousin of Mr. Loeb and lived in the Hyde Park area. 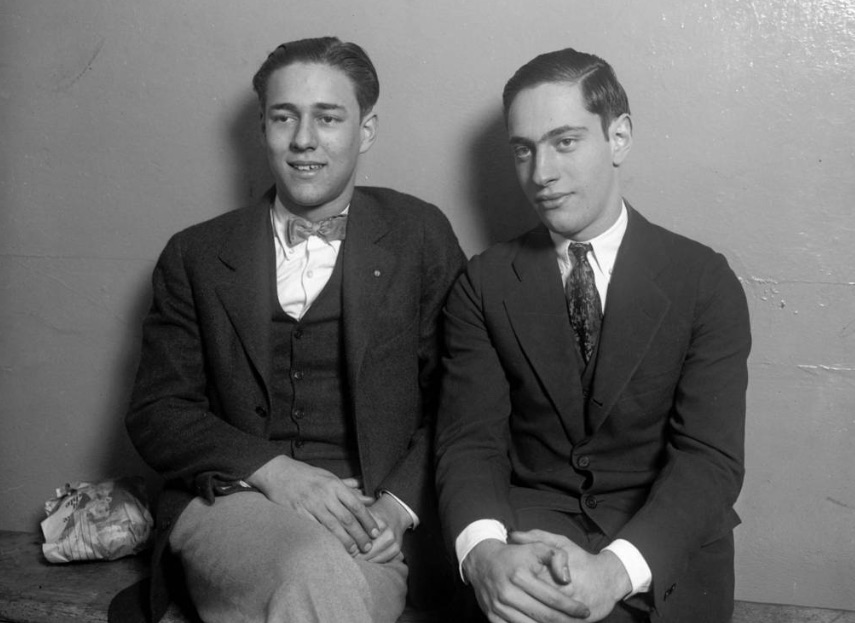 On 21 May 1924, the pair picked up Bobby near his home, beat him to death, disfigured his face with acid and stuffed his body in a sewer pipe. The murderers then sent a ransom note demanding $10,000 in unmarked bills.

There were three incidences that linked the pair to the murders:

1) A pair of horn-rimmed glasses that were found near the body. These glasses fell out of the pocket of Mr. Leopold. The glasses were of a common prescription and initially there was nothing about them that can link Mr. Leopold to the incident. However, further inspection of the glasses revealed a custom hinge that only three people had received prescriptions for which proved he was at the site.

2) The ransom note was created on the same typewriter that notes were made from a member of Leopold’s law study group.

3) The most incriminating evidence came from the Leopold family chauffer. His statement contradicted Loeb’s story that he was out driving girls around Lincoln Park in his car. The chauffer insisted that his car never left the garage.

Chicago Tribune reporter, Maurine Watkins, managed to sneak her way into the funeral of Bobby Franks, the boy murdered by Leopold and Loeb, as a mourner, and she interviewed the educated young killers just hours before they confessed. Ms. Watkins later covered the famous Belva Gaertner and Beulah Annan murder trials. 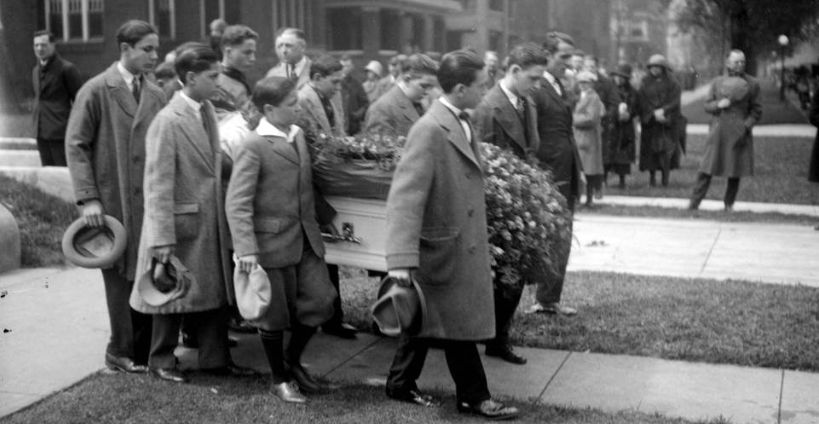 Eight of Robert “Bobby” Franks friends from the Harvard private school he attended acted as pallbearers at the 14-year-old’s funeral on May 25, 1924.

The boys hired Clarence Darrow, whose case focused on the horrors of the death penalty. Since both boys confessed to the crime, the only decision to be made was the punishment. In this highly publicized hearing that took place at the County Courthouse on Hubbard and Dearborn. The boys were sentenced to life imprisonment. Mr. Loeb was murdered in prison in 1936, while Mr. Leopold was released on parole in 1958. Mr. Leopold wrote a book, moved to Puerto Rico and taught mathematics. He died 30 August 1971.

Last night the signed confessions of Nathan E. Leopold Jr. and Richard Loeb were sealed by State’s Attorney Crowe and placed in a safety deposit vault, there to remain until the two millionaires’ sons are brought to trial for the murder of young Robert Franks. They may be read to the grand jurors, but the contents, word for word, will not be given to the public until they become a part of the court record of murder trial without a parallel in criminal annals.

But quotations taken here and there from the statements, liberally from memory, by State’s Attorney Crowe and his assistants give some idea of the amazing business=like manner in which the youthful scholars planned and executed their crime and the equally amazing frankness with which they recounted the details of the thing “that would give one a thrill.”

The murderers and those who solved the crime, snapped at the state’s attorney’s office after the confessions had been made;

Planned Since Last Fall.
“We had planned since last fall—some time in November, I think—to kidnap some rich boy, kill him and get money from his father for ransom. We planned all the details weeks ahead and thought we had everything airtight against discovery. We had several boys in mind. We didn’t know which one we would kidnap when we started out. The Franks boy just happened along and we got him.”

Leopold had posed as a Mr. Ballard, opening an account at a Peoria bank, and young Loeb as Mr. Mason, doing the same thing ayt a Morris bank—two “business men,” one of whom had given a reference for the other in obtaining the use of the rented car in which the crime was committed.

“We planned to pour hydrochloric acid on his face so his features would be unrecognizable. We bought a chisel at a store on the Grove near 43d street and wrapped it in tape. We planned to hit him over the head and stuff a gag in his mouth. If we couldn’t kill him that way we were going to use ether.

He Was Weak.
“It was easier than we thought. He was weak. When he started to resist we hit him on the head and stuffed the gag into his mouth. We didn’t need to use the ether. He must have been dead within five minutes after we started—while we were still going on 50th street.”

{Which one hit him? That was the only point in the confession in which the old human falling of attempting “to pass the buck” cropped out. The boys each accepted half the blame, but they had to be brought together before this one was cleared up.}

“No, Babe, don’t you remember? I was driving. I couldn’t have hit him first vecause he was in the back seat with you? I was the one that called him by name and got him into the car. You didn’t know him. Don’t you remember?”

That point was cleared up. Then the letter:

“O, we had that all written in a stamped envelope before we started out. We didn’t know who we were going to send it to. That’s why we addressed it ‘Dear Sir’ instead of ‘Dear Mr. Franks.’ We put the address on after we ditched the body and dropped it in a box across from the subpostal station in 55th street.” 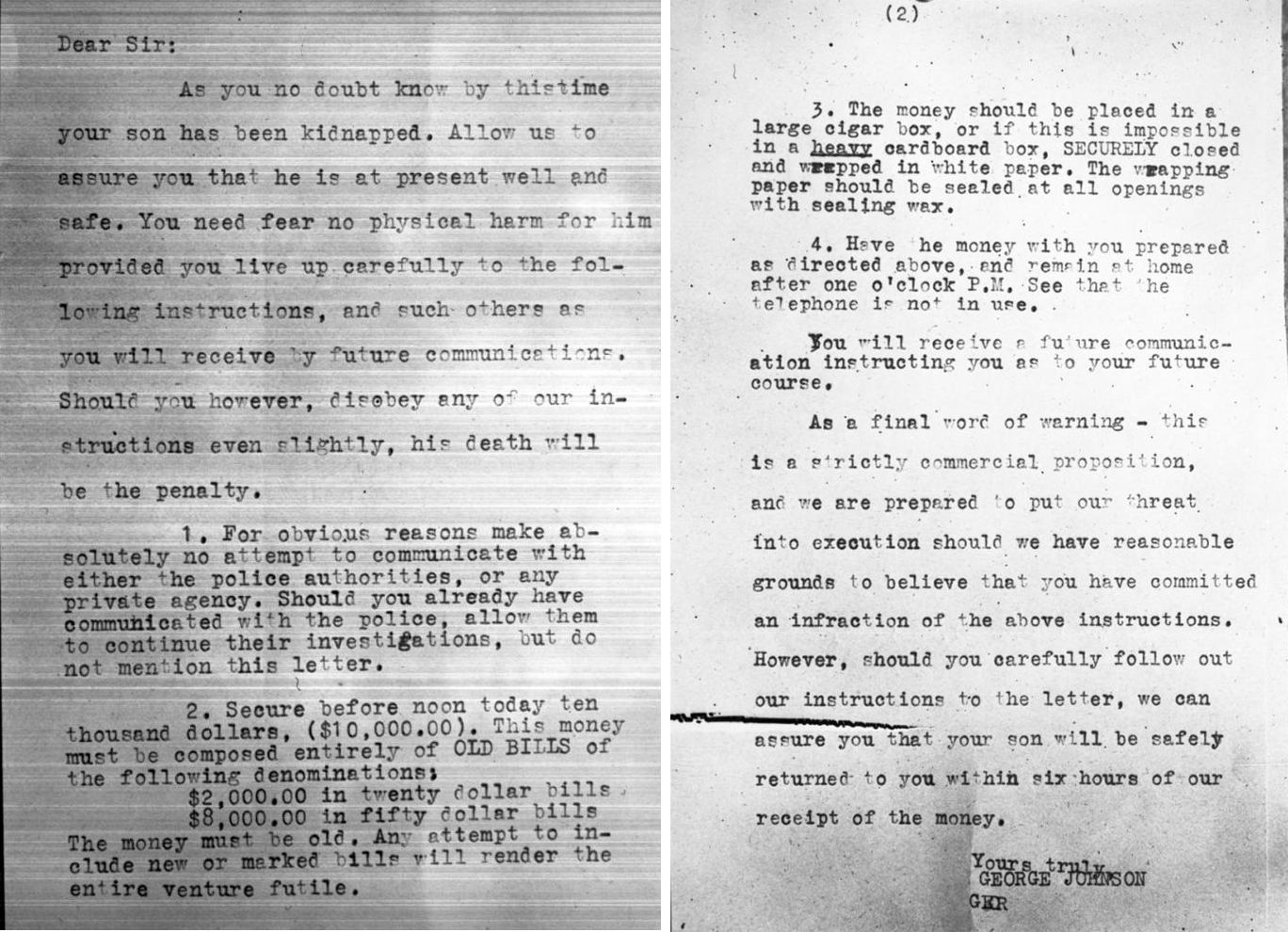 “We drove around with him in the car for nearly four hours until it got heavy dusk. Then we began undressing him in the car; took off everything but the underwear and stockings before we got to the culvert. We took those off there. We missed one of his stockings in the dark, but we didn’t discover that until we were burning the clothes in Dick’s basement. We weren’t worried much about that, anyway.”

The shoes were buried at a spot more than two miles south of Hammond.

“The blanket that we had wrapped around him was burned on the lake shore at 73d street. It was full of blood and we didn’t want to bring that back with us.”

With all the clothes destroyed, the only thing left was the typewriter.

“We took that over and threw it into the lagoon near the yacht harbor in Jackson Park. Babe took the keys out first and we scattered them all over. We had already thrown the ribbon into the lagoon higher up. Then we tossed in the frame.” 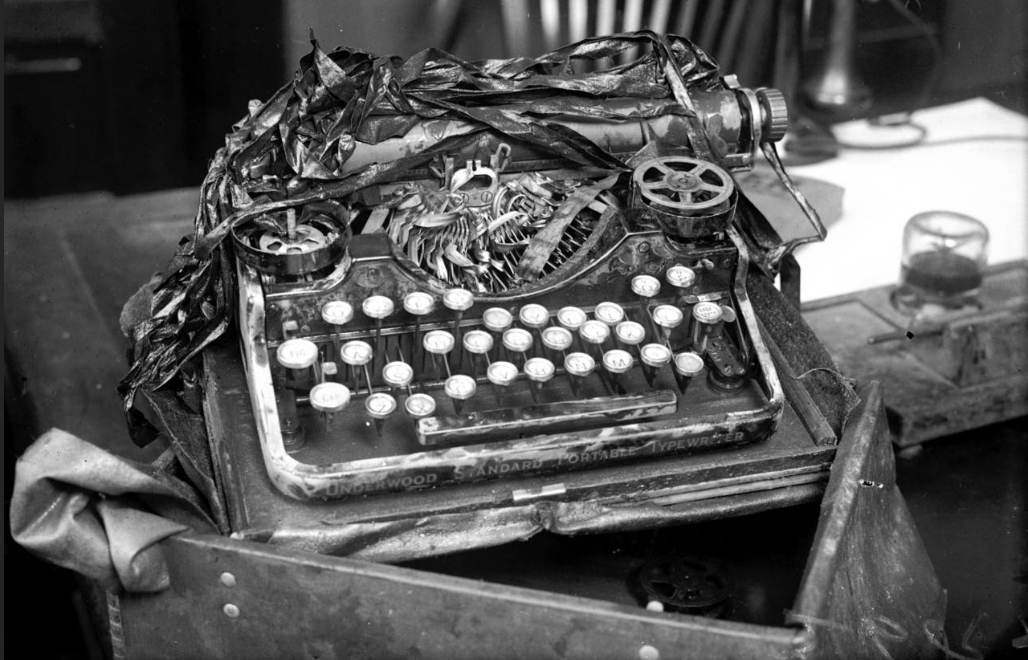 Nathan Leopold’s Underwood typewriter after it was found in the Jackson Park Lagoon on June 7, 1924.

“I still had $2,000 in my checking account and let Babe have $400 to deposit in Peoria so he could establish credit with the Rent-A-Car company. I posed as a Mr. Mason and gave a reference for him over a phone from a cigar store on Wabash avenue near 14th street. It worked slick. I beat the woman to the phone when it rang.”

Why did they do it?

“Well, it was the kind of a thing there would be a thrill in and we wanted some easy money. We made a few mistakes. I should have picked up my glasses. I didn’t know I dropped them. We thought we had the whole thing airtight, but it wasn’t. That’s all.” 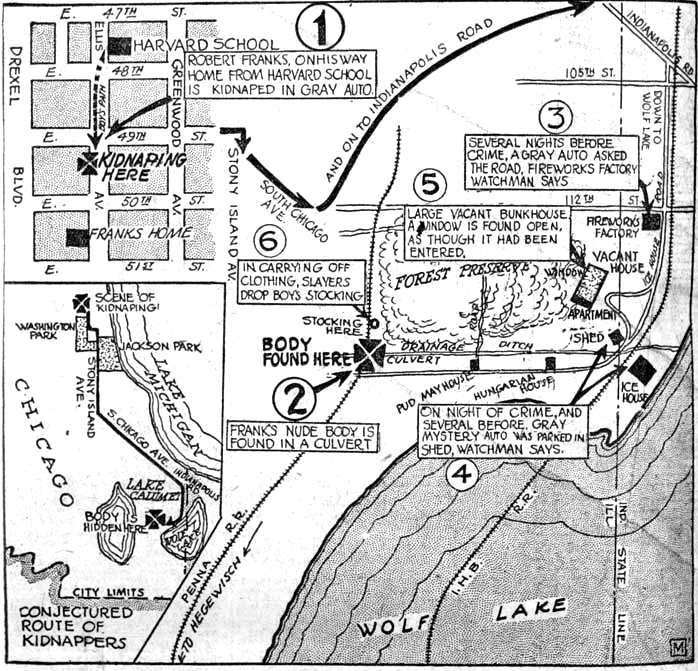 This diagram shows the route of the kidnappers and confessed killers of the Franks boy, Leopold and Loeb. The crime was done quickly. The kidnapping took place late in the afternoon. The numbers trace the rapid steps of the young criminals. As soon as it grew dark, the body was hidden, the clothes burned, the death car washed, the senior Franks telephoned to that his boy was alive, the ransom letter posted, the typewriter thrown away, and the death car was returned to its garage, so that at 10:30 Leopold could be out riding in his own car with two girls. 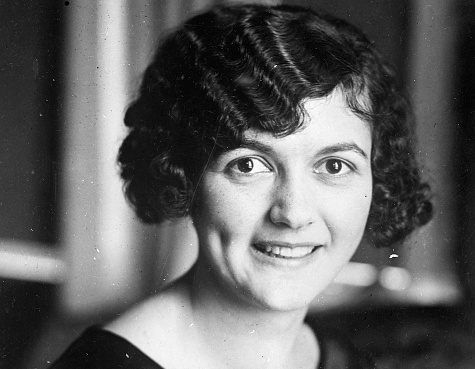 Miss Susan Lurie, a co-ed of the University of Chicago, told last night of Nathan Leopold’s attention to her and of his keen mind. “I said to him,” she related, “‘You confess the Franks murder and I’ll claim the reward.’ We had been reading a newspaper about it. He laughed and said it would be a good joke. What a grim joke it turned out to be.”